Posted on 5 December, 2018 by Jill Briggeman
in: Categories: Blogs.

Since our project focuses on technique in the arts, I will dedicate the following three blog entries to techniques in the making of ancient copper objects and how they can be recognized by visual examination of the object. The making of an object -any object- entails different manufacturing methods and it may be possible to learn about such techniques by carefully observing the object. Although there are sometimes no determinant indicators that will tell us about the true nature of a used technique, a combination of traces may provide an orientation on the manufacturing process. This first entry provides a general introduction to copper. The following two entries will focus on manufacturing techniques and how to recognize them.

Copper was one of the first metals discovered by man. It is highly versatile and has been used for a wide range of different purposes. Since the nineteenth century, the chemical symbol for copper in the periodic table has been “Cu”, which comes from the latin cuprum. This word evolved from aes Cyprium, which means “metal from Cyprus”, a region known for the production of smelted copper. As other metals used in ancient times, it is both strong and ductile and its use played a key role in the development of human culture[1].

But where did copper come from and how was it obtained in the past? Some authors believe it was the first metal that became available to and was used by man. Use of native copper, an uncombined form of copper that occurs in nature, not an ore, started at least around ten thousand years ago and its first widespread use can be traced back to nine thousand years ago. Native copper is found in very small quantities (image 1), it appears in a purer state than copper extracted from ores at ancient times, and it could be worked by hammering without any smelting or casting processes[2]. 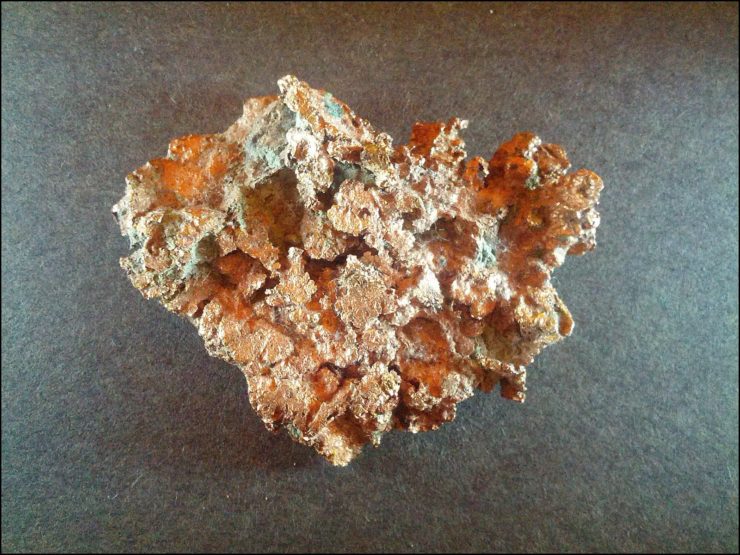 Before bronze and brass were discovered, pure copper was used for manufacturing tools. Because it is a soft metal, it was not especially suitable for weapons or cutting tools. However, if copper was worked cold (left unannealed), it stayed harder and was thus more suitable for such objects[3]. The smelting process can be explained in five stages: 1) the mining of the ores; 2) their preparation and cleaning; 3) the smelting, to create an ingot; 4) the refining and casting of the metal and 5) the hot or cold working of the metal[4]. 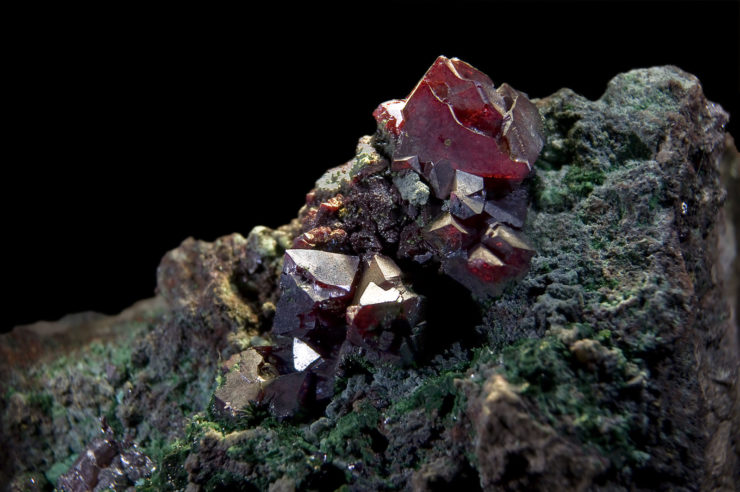 The first step, the mining of the ores, is crucial. Certain copper ores, such as the oxides, were found in the surface of the earth and were relatively easy to smelt, for instance cuprite (image 2). However, these may have been exhausted at a very early stage in history and other ores were used[5]. Once the ores were found, the second step was to break them down and remove unwanted matter by hand and by washing. After cleaning, ores were dried in the sun or in an oven[6]. When the ore was prepared, the third step began: copper oxides were heated in a furnace together with charcoal in order to smelt them (although other ores, such as sulphide, needed more complex procedures). After this, an ingot metal was formed, called blister copper. Since it had bubbles due to the formation of gases during the smelting process, the first re-melting aimed to refine the metal. This was the fourth step, and it was carried out by heating the copper in a cup-shaped clay container called crucible. In here, the residual inclusions were skimmed off and the metal was ‘poled’ – stirred with wooden boughs to remove the oxygen.

Only after this process was complete, the metal was ready for the final step: the casting or hammering process. These were two frequent manufacturing techniques, as we will see in the next two blog entries.

One Response to “A Brief History of Making Copper Objects. Part 1: Extraction and Preparation”