Gems in Transit, Values & Knowledge in the Early Modern World

A two-day workshop on the art, science, trade and consumption of gems in the early modern world 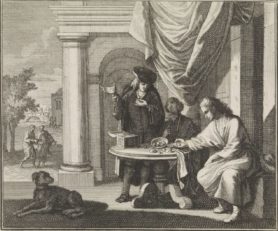 In the early modern period, as today, gems were the ultimate ‘hybrid objects.’ They played key roles in decorative art, global trade, and science and medicine. The aim of this workshop was to connect the many roles of early modern gems by bringing together historians of different stripes who study gems as material objects. Participants considered practices — such as mineral collecting and gem appraisal — that combined two or more of these roles. They also traced the movement of gems and gem-related skills between communities of different kinds, including merchants, diamond-cutters, goldsmiths, natural philosophers, gem connoisseurs and jewellery wearers. The workshop covered the consumption as well as the production of gems and paid particular attention to the movement of gems into Europe and around Europe.

This workshop addressed three large questions about the early modern world: what role did artisans, and especially those concerned with the decorative arts, play in early modern science? What impact did newly-available foreign goods have on European culture in this period? And what was the place of ‘old luxuries’, such as diamonds and rubies, in an age obsessed with ‘new luxuries’ such as porcelain and painted cotton?

This workshop was a collaboration between the Global History and Culture Centre at the University of Warwick, the Victoria and Albert Museum (London), Utrecht University, University of Amsterdam and the Rijksmuseum (Amsterdam).