Pigment analyses can be considered nowadays as a fundamental step in the conservation of artworks (image 1). In the first place, they provide us with information about the degree of deterioration of a painted surface and therefore play an important role in the decision-making process for conservation treatment. Moreover, pigment analyses can tell about the history of an object by reporting on past interventions, such as overpaints. They also provide valuable information about the technical aspects of artworks; for example, the presence of a certain pigment, or the use of a specific technique. 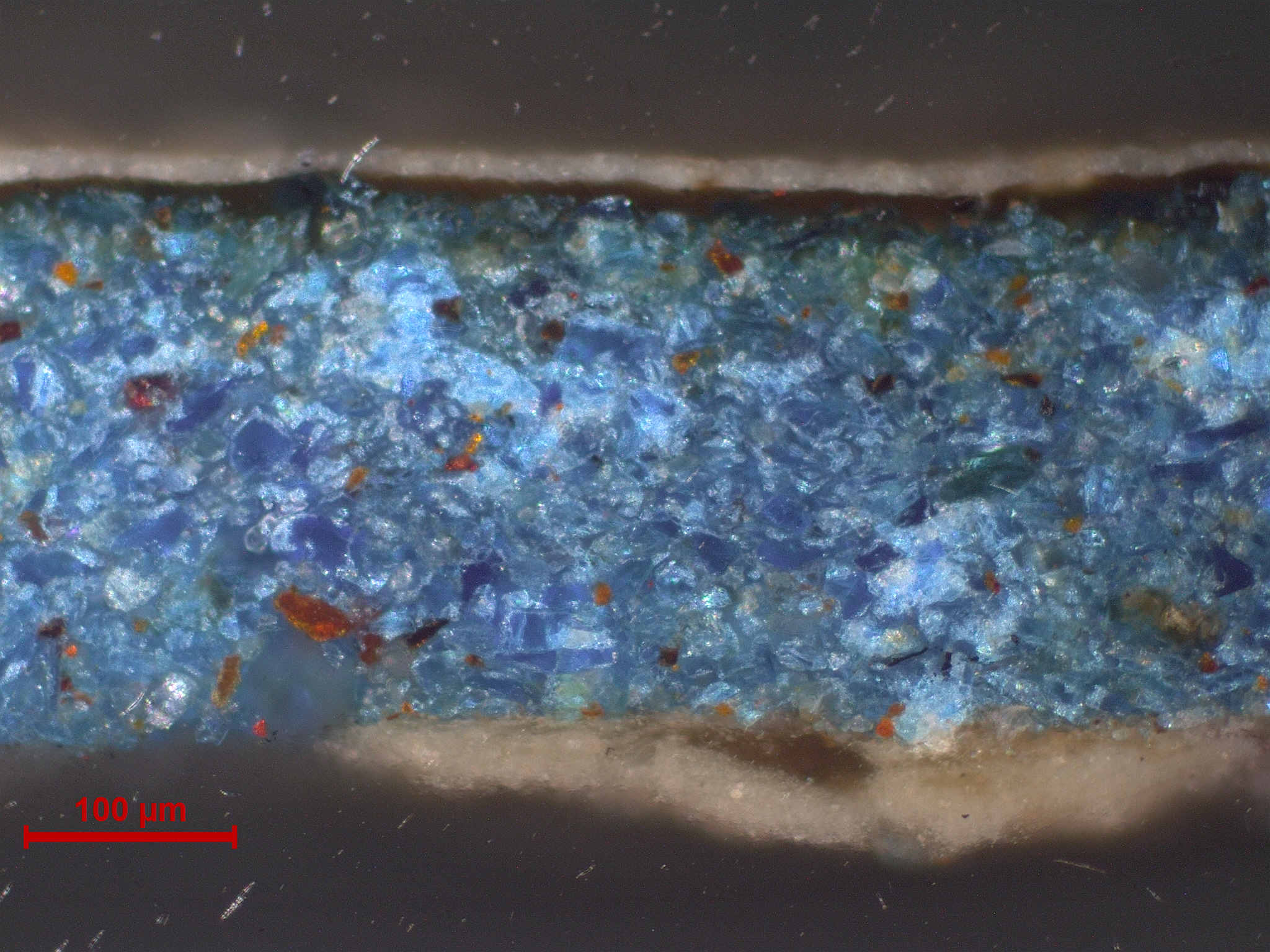 However, this interaction between chemical analyses of pigments and conservation has only become established as common practice during the twentieth century. How did it evolve into such a widely used practice? What happened during the nineteenth century? Who were the first pioneers carrying out pigment analyses and for what ends? What were their motivations and expectations? Have these experiments influenced conservation practice? If so, was this interaction the same in different countries? An interesting case study is England, which seems to show an early interest in chemical analyses of pigments and presents signs of collaboration between scientists and restorers. This early introduction of scientific analyses has probably influenced the establishment of conservation as a scientific discipline.

The earliest relevant publication in England can be found in a book about the Palace of Westminster (image 2). The samples were extracted from the wall paintings of St Stephen´s Chapel. Located in the Palace, this chapel was originally built in the 13th century. In 1800, the chapel was renovated in order to provide more space for the new Irish Members of Parliament, who were included after the union of Great Britain and Ireland. During the renovation, the wooden panels from the interior walls were removed and the paintings -dating from the 14th century- were found underneath. Although most of the paintings were damaged and this decoration was lost, samples were extracted from the wall paintings by the historian and engraver John Thomas Smith (1766–1833), who requested the chemist and apothecary John Haslam (1764–1844) to analyse the paint samples in order to characterize their materials. 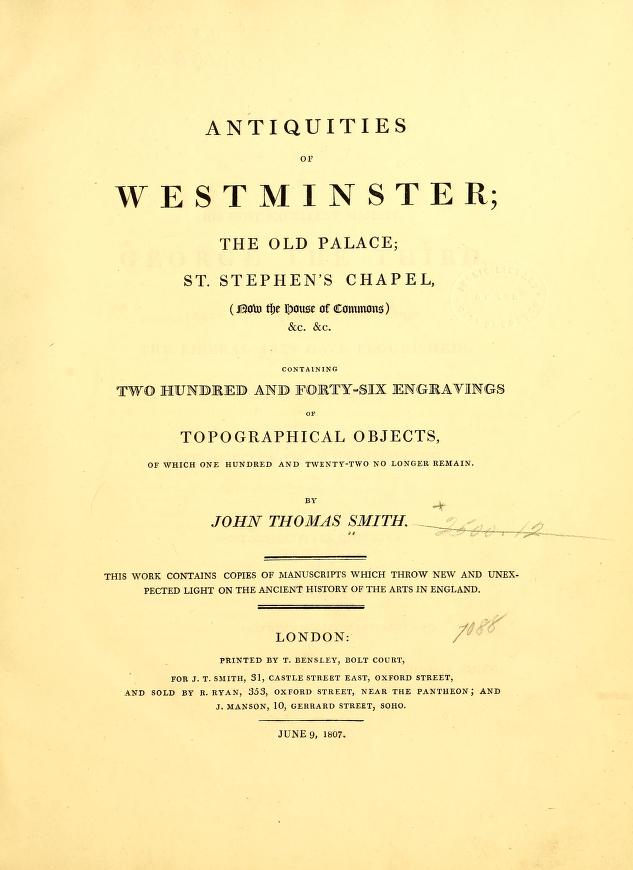 Why Smith wanted to investigate the pigments and materials from the wall paintings is not stated in his book. However, he may have considered the arts and their history as a fundamental asset for the Nation. This can be observed in the first pages of his book, where he thanks King George III for his patronage for the liberal arts. Also in the cover pages, he proudly highlights the fact that his book will shed new light on the ancient history of the arts in England. Even Haslam, in his analytical report, regrets the destruction of these historical paintings by the “coarse hand of the labourer”. So it is possible that Smith tried to collect as much information as possible from the paintings that he considered as part of English history.

However, most of the analyses carried out by nineteenth-century English authors were performed on samples from archaeological sites located in Egypt, Greece and Rome. These experiments seem to have been motivated by a keen, fashionable interest in Ancient cultures. The authors were interested in knowing the characterization of pigments used in the Ancient world. Also the samples with an English provenance are compared with pigment analyses from archaeological sites or compared with classical sources from these cultures, such as Vitruvius or Pliny.

Therefore, I want to gain a better understanding of the role of chemistry in the nascent field of archaeology, as this appears to be closely connected to the characterization of historical materials from ancient artworks in the nineteenth century.