What are the most important research questions in TAH? 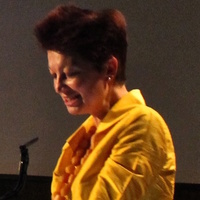 One of the central challenges of TAH is how can we take the in-depth technical examination of art objects and embed it within a broader art historical framework, one which extends beyond an auxiliary mode of operation. Ajmar suggests going to the roots of the ‘technical’ within TAH and proposes to use the notion of techne and its associated questions provocatively within the TAH inquiry. She challenges the idea of technique as having a lower value and only a small contribution to make to cultural practice and introduces instead a different understanding of techne, where it is seen as “vital within epistemological systems which recognize the central significance of the productive arts to human knowledge”. [1]

Ajmar suggests that at the heart of any TAH inquiry it is important to see mind and hand, the intellectual and the manual processes, as being joined rather than artificially set apart: how can we see form not as something imposed from above, but as “grow[ing] from the mutual involvement of people and materials in an environment”? [2] Ajmar references Tim Ingold and his study of basket weaving as an example of the significance of “thinking about joining mind and matter rather than setting them apart. Better thinking of the creative process as something organic and continuous, where the manual and the intellectual are completely integrated, rather than an as artificial split between ‘invention’ and ‘execution’.”

After arguing for the need to redeem the role of ‘techne’ and of the ‘mindful hand’ within TAH, Marta Ajmar identifies questions and methods of TAH as being related to other disciplines, for example archaeology and anthropology. She thinks that object-based research, which she sees at the very core of technical art history, can draw on methodologies stemming from archaeology and anthropology, which situate the object within wider structures – for instance, opening questions about how to position an object within society and within longue durée, global frameworks. TAH, archeology and anthropology: “What they all have in common is the idea of thinking about the roles that the object has within society. Both archeology and anthropology have been developing alongside history and art history and have a broad interest for placing objects within global frameworks and that immediately encourages a move from the particular to the wider. These are things that TAH should set itself up to do as well”.

Many of the questions inspired by a TAH approach can use objects-based research as a springboard and move from the specific to the more general – for example by starting with a thorough investigation into the materiality of an artefact and then moving on to exploring how each material sits in a reciprocal relationship with art/craft practices and within wider contexts of technological knowledge.

“I would like to see TAH drawing from and feeding into a wider disciplinary base than art history. TAH has the potential to trace important connections and create a common ground between art history, the histories of science and technology, material science, archaeology, anthropology and material culture studies”.

Is TAH an enhanced and more ‘scientific’ connoisseurship?

Ajmar disagrees, because connoisseurship ‘pigeonholes’ a field that could have a wider intellectual potential. While connoisseurship often treats objects as ‘unique, singular entities’, Ajmar would rather locate them within a broader cultural perspective. Additionally, connoisseurship tends to foreground paintings, while she thinks that design and the so-called decorative arts should be equally important as objects of study. Ajmar also points out how connoisseurs often operate work within the parameters set by the art market.

What do you see as the major challenges in TAH education?

Ajmar works at the Victoria and Albert Museum, where she heads the postgraduate programme in the history of design, and offers a perspective that reintegrates the museum within the kinds of scholarly concerns addressed by TAH. She suggests that TAH should see museums and other cultural institutions as significant players in the forging of new paradigms that foreground the in-depth technical understanding of art objects. Significant challenges include how to expose students to the different methodologies operating within TAH – for instance familiarity with specific technical examinations, the technological processes involved in particular crafts, or knowledge of different historical contexts.

Building this kind of framework for TAH education would, according to Ajmar, require a fresh, openly multidisciplinary approach. Ideally students and different professionals would regularly come into contact and work together. This is one of the goals of VARI, the V&A Research Institute Pilot Project, supported by the Andrew M. Mellon Foundation. The project is modeling new ways of bringing together curators, conservators, makers, academics and students through sustained exchange and collaboration, with the ultimate aim of creating a new framework for crossdisciplinary, cross-material research and training centred on objects and collections.

[1] Elspeth Whitney, Paradise Restored: The Mechanical Arts from Antiquity through the Thirteenth Century, Philadelphia 1990.
[2] Tim Ingold, The Perception of the Environment. Essays on Livelihood, Dwelling and Skill, London 2000, 347.