The Manual as Artifact: On Artists’ Manuals and Craftsmen’s Handbooks

On November 4, 1646, Sir Theodore de Mayerne (1573–1655), first physician to Charles I and the English Aristocracy, decided to spend his day away from his demanding patients and to devote his attention to the vibrant world of colors. He took a good handful of bilberries and carefully inspected the color of their peel and pulp. He then cooked them following a recipe for making a “very beautiful and very oriental” colorant for writing and limning. The recipe he followed has survived as part of an extensive manuscript collection dated to the first half of the seventeenth century. 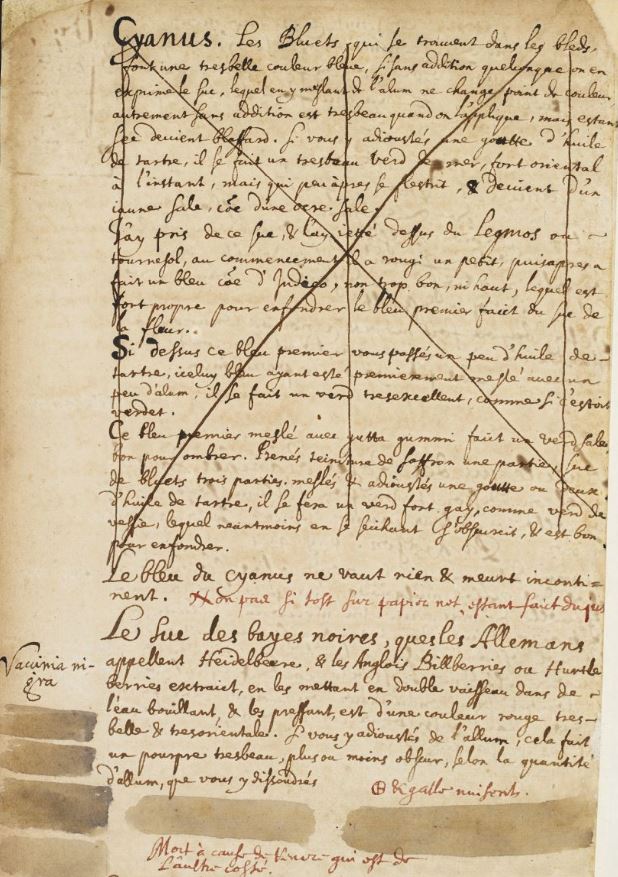 Fig. 1. Fol. 23v from MS Sloane 2052, written in an unidentified hand. The annotations in red and the gloss in the margin are in Mayerne’s hand. Source: British Library.

The folio contains strike-throughs, contemporary annotations in red ink, a gloss in the margin, and an intriguing set of color sampling. Apparently, Mayerne’s manucript collection, to which this bilberry recipe belonged, was well-used and continuously expanded: many of its annotated records are dated, spanning a period of more than twenty-five years from about 1620 to 1646.

Today this manuscript, better known as The Mayerne Manuscript, is renowned among art historians and painting conservators, as one of the most important technical handbooks for seventeenth-century color making and oil painting techniques. This invaluable source for premodern art technologies provides an intriguing case study to explore how manuals are made and remade by many hands. It also calls for a closer examination of the notions of the “artists’ manual” and “craftsman’s handbook” that pop up frequently in its historiography.[1]

Let us return to the bilberry recipe that Mayerne had collected, annotated, and performed. This recipe has likely been copied from another source, linking it to Northern European textual traditions of color making with organic colorants that extend back for centuries.[2] Similar recipes appear for example in anonymous late medieval compilations and in illumination manuals. These were often produced and copied in monastic contexts, like the anonymous late-fifteenth-century manuscript known as the Schwäbische Chronik, in which the daily prayers of canonical hours can be found next to color-making and culinary recipes.

Bilberry recipes appear also in the so-called Strasbourg Manuscript, one of the oldest known recipe collections written in the German vernacular.[3] The sad fate of that medieval manuscript has been described by Sylvie Neven on The Recipes Project. Fortunately, we still have a transcription of its lost folios that was made in the nineteenth century for Sir Charles Eastlake, first director of the National Art Gallery in London. Eastlake’s transcription was instrumental in making the Strasbourg Manuscript into an authoritative source for the study of medieval art and craft technologies. The first print edition of its artistic recipes, based on Eastlake’s copy, was published in 1897 by the German painter Ernst Berger.[4] Eastlake and Berger paved the way in the nineteenth century for the Strasbourg Manuscript to become the much consulted Medieval Painters’ Handbook, which has gained fame among conservators and technical art historians as “a practical manual of instruction written by a master painter for his apprentices.”[5]

Yet Neven’s newest critical edition of the Strasbourg Manuscript (2016) provides a much more nuanced view on the complex transmission and user histories of this Medieval Tradition of Artists’ Recipe Collections (1400–1570). Many of the illumination recipes survived in monastic scriptoria rather than in artists’ workshops, where they were copied over and over—but perhaps not used—over long periods of time. And yet, we still can speak of a living tradition. The performative force of these medieval how-to texts is resuscitated in today’s conservation laboratories, where they inform experimental reconstructions of historical art technologies.[6]

The Strasbourg Manuscript is often compared to the most famous of all artists’ manuals: Cennino Cennini’s Libro dell’arte, written in Italy more than 500 years ago and a true “longseller” on the global market. As part of the core curriculum in Western art history and painting conservation, The Craftsman’s Handbook, has accompanied generations of students since it was translated into English and published as a cheap and handy pocket edition by Dover in 1958.[7] Notably, though, Cennini himself refuted in his Libro the very idea of learning an art or craft by the book:

‘[T]here are many who say that they have learned the profession without having spent time with masters. Do not believe it, for I offer you this book as proof: if you study it day and night but do not get any practice with any master you will never come to anything, nor could you ever hold your head up amongst masters'[8]

Many will probably agree with Cennini that the fine art of painting can best be acquired by doing and not by reading. For the surviving sources from the pre-modern period, this raises the still much debated question: Why write a manual? Back to berries. Another strikingly detailed berry juice recipe includes instructions for preserving the extracted color by soaking a clean piece of cloth with the colorant and letting it dry—a common procedure to prevent organic colorants from rotting. It can be found in the Liber illuministarum. This “book of and for illuminators” dates to the end of the fifteenth and the beginning of the sixteenth century, when it was compiled, copied, and enlarged in a monastic scriptorium/workshop.[9]

Similar bilberry recipes (Plo Tornisal and Tüchleinplouw) (re)appear in sixteenth-century vernacular print publications, for example, in Valentinum Boltz von Ruffach’s bestselling Illuminier Buch, first published in 1549. Boltz, an impecunious but educated Protestant predicant and illuminator, dedicated his first edition to “all young and arriving painters and illuminators” with instructions on “how one prepares, mixes and applies all kind of colors.”[10] 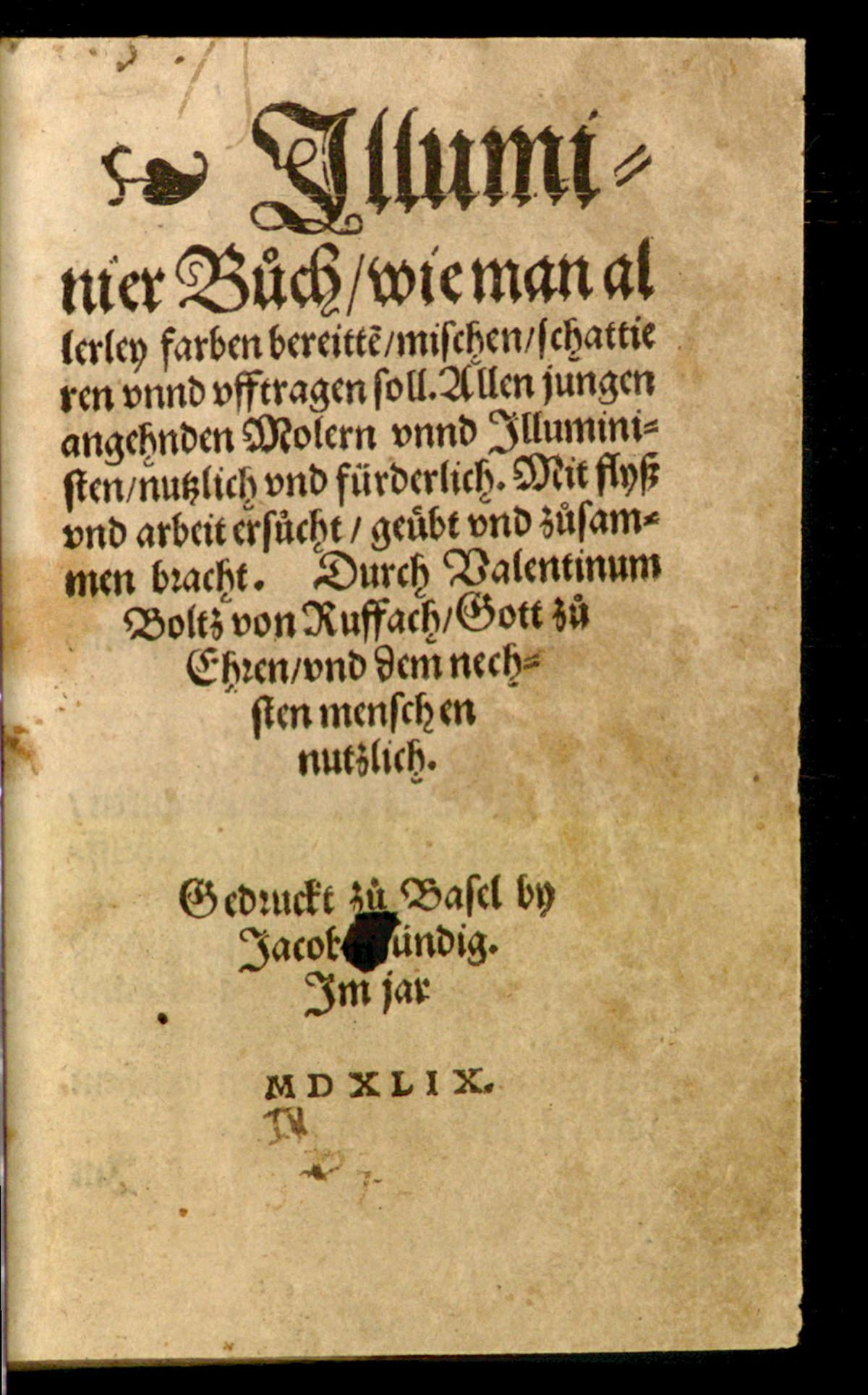 Boltz’s small manual, printed in hand-sized duodecimo format, has been described as a “Mallehre” and “Lehrbüchlein,” a German word-composite that literally translates as “painting apprenticeship” and “apprenticing booklet.”[11] Interestingly, only three years later, the format and dedication of the Frankfurt 1552 edition targeted a non-professional German readership of letter painters (Briefmalern) and amateurs (Künstenliebhabern).[12] It is worth noting at this point that the codices to which early moderns commonly referred to as “manuals” and “handbooks” were generally associated with handheld books, but rarely with artisanal handiwork. Historical dictionaries and historical book data suggest that early moderns used the terms “manual” and “handbook” mainly to indicate small-sized books, like the Old French manuel, which “one could hold in the hand” (noun, masc. from the Latin manus = hand).[13] This usage does not seem to have changed much in the early modern period. Randall Cotgrave’s Dictionary of the French and English Tongues from 1611 simply offers the translation “portable (prayer) book.”

The Newberry Library has an exceptional example of such daily-used spiritual manuals in their collection: one of the very few surviving book of hours in girdle binding and a tangible reconstruction of a girdle book. Portable prayer books figure also prominently in pre-modern imagery. The many painted, easy-to-carry booklets testify to their popularity in the past. Correspondingly, the OED defines “handbook” etymologically as “a book small enough to be easily portable and intended to be kept close to hand,” deriving partly from post-classical Latin manualis and its Greek etymon enchiridion. Pre-modern examples in German (hantbōk, hantbuch) can be found as early as the fourteenth century and in Dutch (handboek) mentioned in texts at the beginning of the sixteenth century. (OED, ‘handbook’). All this seems to suggest that in the pre- and early modern period the concept of the “manual” or “handbook primarily connoted a book’s physical aspects, its ready-to-hand format, size, and portability, and had no direct associations with its content. 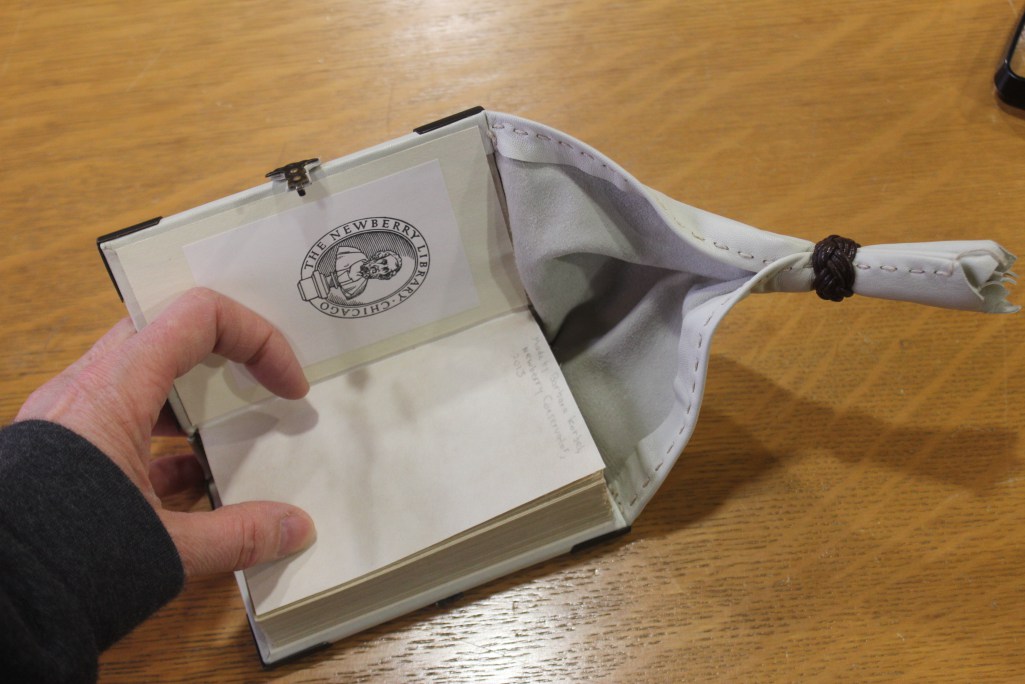 A quick search for “handbooks” in the Universal Short Title Catalogue, a collective database for books printed in Europe before 1700, confirms the impression that early moderns commonly used this term to refer to portable books of various, but mostly spiritual contents.[14] A short title search yields matches in the categories “religion” ( for example, in 1520 and 1566) and “jurisprudence” (on imperial and civil rights, for example), but not “art and architecture.” Current associations with hands-on learning or written instructions for manual operations were in the past apparently not as readily associated with handbooks as they are today.

An interesting distinct category are the medical handbooks that flooded the Northern European book markets in the same period. For example, Hieronymus Brunschwig’s Chirurgia das ist handwürckung der wundartzney (Augsburg, 1534), which explicitly references the surgeon’s “handiwork” (handwürckung) in its title. Good examples of this tradition are also the many sixteenth-century editions of Walther Hermann Ryff’s manual and Practicirbüchlein and Carel Baten’s bestselling surgeon’s handbook, printed ten times in the Low Countries between 1590 and 1632. 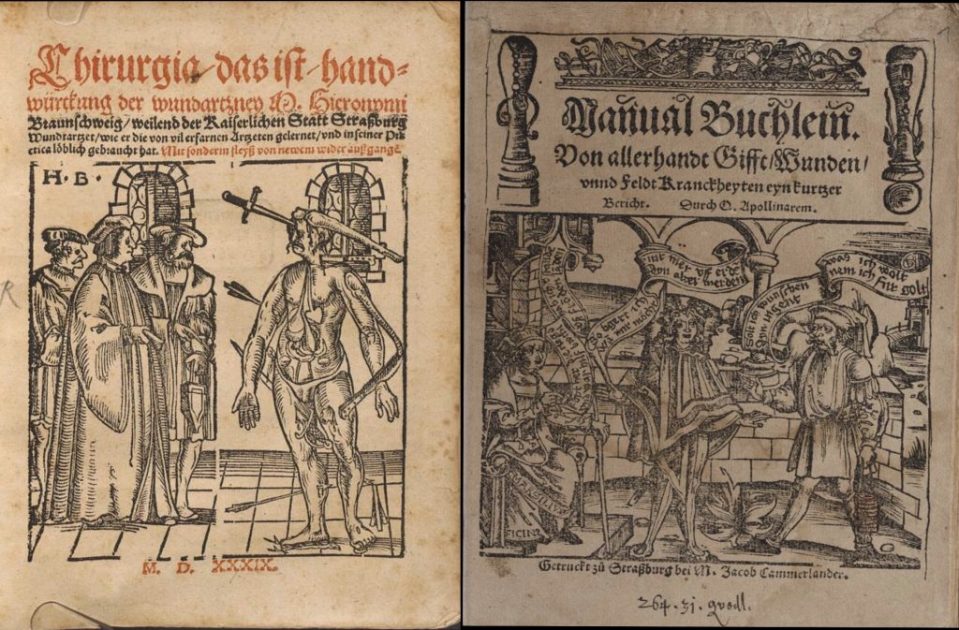 Flemish booksellers also published merchant’s manuals featuring woodcut illustration of coins, like the tiny Cooplieden handboucxkin, which fits into the palm of a hand. I imagine that a merchant kept it open with one hand, allowing him to hold a coin in the other to compare with the illustrations. This cheaply produced trade tool, was also marketed in a high-end French edition with unique artistic features and a veritable merchant’s toolkit integrated into its binding: Le Manuel des Marchans moult utile a trestous. This little jewel (109 x 72 mm) sold in 2006 for a small fortune at Christies. To end this blog on the manual as handmade object and long selling edition, let us return to Mayerne’s manuscript. When the bilberry decoction was ready, Mayerne dipped his quill into the intensely colored liquid to document his recipe trial: “With this liquid this has been written.”[15]

One Response to “The Manual as Artifact: On Artists’ Manuals and Craftsmen’s Handbooks”