Posted on 10 January, 2019 by Jill Briggeman
in: Categories: Blogs.

True Colors, or the Revelatory Nature of Cold

Heat is transformative, brings about change, separates substances or bring them together. Every student of chemistry knows how to enable or enhance a chemical reaction by applying energy to a system, usually in the form of heat. Early modern practitioners did not think otherwise. Fire was the transformative element and key to the production of all kinds of different materials, ranging from the philosopher’s stone to artisanal products such as glass, porcelain or pigments. Applying heat to bring about change is publicly ingrained thermodynamics, but one thing is even more obvious. Once heated, things have to cool down again. 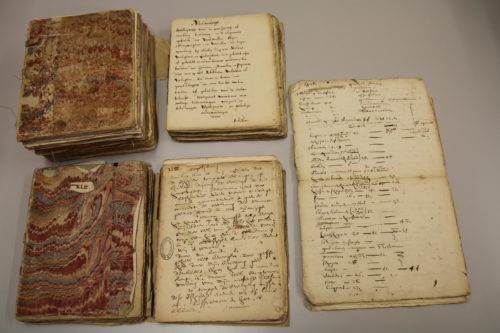 When the request came to write a blogpost on cold and recipes, I was somewhat hesitant. Heat seems to elicit the most interesting stories and anecdotes, but interesting cases with respect to cold failed to come to mind immediately. Hence, I tried a different approach and looked at how cold featured in a collection of overtly practical notes on the preparation of paint materials collected by the Dutch polymath and painter Simon Eikelenberg (1663-1738). Intended for publication, he promised his readers an “accurate descriptions of the origin of making, preparation and general use of paint materials, oils, mix-fluids and varnishes.”[1]  It was within the confines of this manuscript that I began to discern two themes with respect to cold in practices of making. 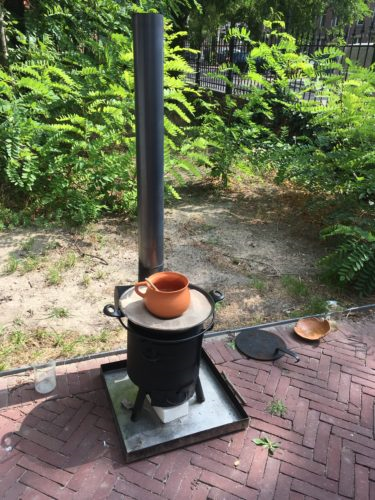 Figure 2: Reconstruction of one of Eikelenberg’s varnish recipes. The varnish was prepared in a glazed pot, placed in a sand bath and heated on fire. Photograph: Thijs Hagendijk.

It is only when things have cooled down that the transformative work of heat can really be judged. Eikelenberg describes for instance how he experimented with minium, a red lead-based pigment, which he heated in a crucible and placed in a fire. “The more it glowed, the more the minium turned yellow near the sides of the crucible, the lowest parts alike; which, when it was cold, appeared to be nothing else but yellow massicot.” [2] Eikelenberg also describes the preparation of various varnishes. Here too, quality and properties of substances are explicitly observed after the varnishes have cooled down. “When the varnish was cold I found that it was rather thin and that it did not cover well.” [3]  Another varnish was prepared on a hot sand bath, after which Eikelenberg “filtered it through a cloth and let it cool: it appeared then as a thickish and yellowish varnish.” [4]  Pay attention to the word “then”: there is a clear order of things that speaks through Eikelenberg’s notes. Being cold is a condition that precedes testing and Eikelenberg makes that rather explicit. 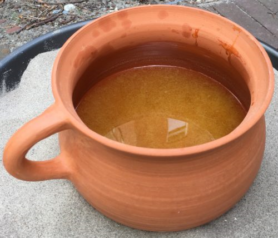 Figure 3: It is hard to achieve a homogeneous mixture when preparing varnishes. A whitish sediment is developing in this varnish, which is in coherence with Eikelenberg’s notes. Photograph: Thijs Hagendijk.

Whereas heat is transformative, it is only in the absence of heat that things can be trusted to stay the same. Continuing with the varnishes, Eikelenberg was well aware that their preparation does not stop after the ingredients have been heated and combined. As long as it is still hot, the apparently homogeneous concoction can easily coagulate and fall apart. Eikelenberg wrote in his notes: “We can conclude that to prevent curdling it is necessary not to stop stirring before the mixture is cold.” [5] Indeed, each time he made varnishes, Eikelenberg made sure to keep stirring until everything was cooled down: “stirring steadily until all was cold” or “having stirred until it became cold”.[6] 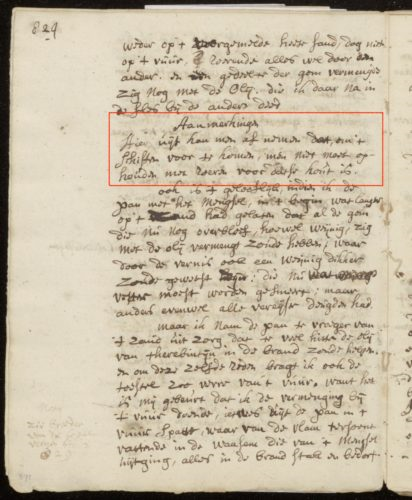 Figure 4: Eikelenberg mentions that: “[w]e can conclude that to prevent curdling it is necessary not to stop stirring before the mixture is cold.” Passage marked in red. Photograph: Regionaal Archief Alkmaar.

For Eikelenberg, heat was both friend and foe and until his varnishes reached firm, cool ground, they required careful guidance and attention. Cooling down was thus as arduous a process as heating the mixture was in the first place. Yet, once cooled down, true colors are revealed – deprived from heat and stabilized by the cold.